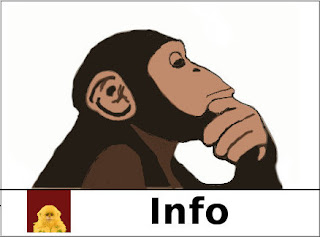 Full Moon
Do we use by Full Moon practicing of Zhineng Qigong the forces of the Moon or the ones of the Sun ?

Popular posts from this blog 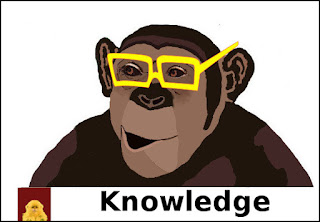 One of the special features of „Zhineng Qigong“  is practicing in a „Qi Field“. There is a method of organizing a „Qi-Field“ and to connect  with it.They taught it in the Center in China, which does not  exist any more. A teacher is able to connect a student with his „Qi-Field“. The teacher does not need a special practice. Why can he do so ? A teacher may connect the personal „Qi Field“ of all practitioners of a group to a common big „Qi Field“. There is a movement, but you can do it without. The thought of the teacher is sufficient, if he knows how to do it. If the reader of this blog expects  at this place a detailed description, I have to disappoint him – no, not here at this place. Instead some information is given: Anybody practicing regularly at the same place will build up a personal „Qi Field“ at that place. It needs some time, but it will happen, if not, there is something wrong in the practicing. Many teachers practicin
Read more 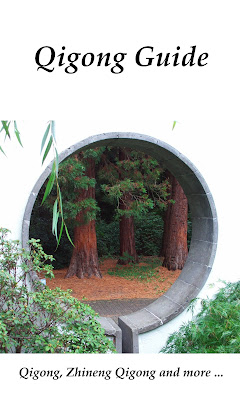 Qigong Guide   Qigong, Zhineng Qigong and more.... An Orientation Help for Beginners. It is for those who still haven't  found their Qigong and are looking  for information and to help them  to make it easier and to shorten  the time to find the suitable Qigong version. As a bonus you find in the annex  the interview with Dr. Pang Ming, in English language. The new structure for e-book now makes it easier to read it.   An index makes it possible to find certain parts or chapters of  interest. = only in ePUB version possible = Some advice for e-book use please see GOOD to KNOW. A pocket book version may follow at a later time. Content ePUB version = about 107 pages. (make-up ePUB is different, approx. 110 KB with coloured title page ) The size of the letters in an e-book is different and can be adjusted  to your preferences and so the number of pages will vary and the  ePUB version has no fixed number of pages. click for sample pages   You ca
Read more 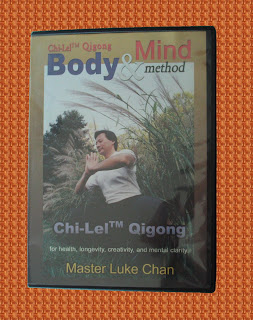 Title: Body & Mind Method Type of media: DVD Presentation: Master Luke Chan Language: English Editor: Chi-Lel Qigong Information: "Zhineng Qigong" is well known in the USA under the trademark Chi-Lel. The Body & Mind method is the body & mind method of "Zhineng Qigong" For me it is the reference of "Zhineng Qigong" level 2. I do not know any recording in this kind, being suitable as much for beginners or for advanced practitioners. The  movements are big enough to be clearly visible and are executed fluently. This is very important for beginners, because advanced practitioners make smaller movements. Then it is more difficult to see all details of the movements. On the other side the movements are much better than the movements of a beginner and therefore even suitable for advanced practitioners. The speed of the movements is right - not too slow and not too fast. http://www.chilel.com/cgi-bin/media/agora.cgi?xm=on&p
Read more